Most of us have wondered, “Why am I here?” There’s a Sufi saying that I’d like to look at in regard to our son Govi: “Every soul is born for a certain purpose, and the light of that purpose is kindled in its soul.” And Plato affirms that we each see our life in great detail before we drop into it, and then we drink the waters of Lethe, and forget what we have seen.

No matter how much of the detail we have forgotten, we each maintain our line of life’s meditation, thrumming steadily beneath the surface of our everyday existence. To the extent we gain self-knowledge, we become aware of our life’s mission and meaning. 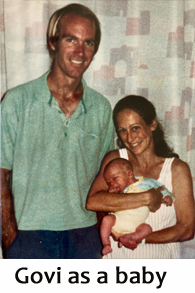 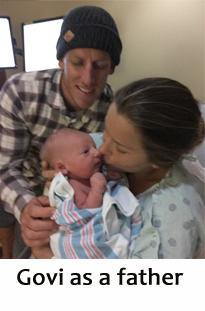 Govi became a father himself last week when Ryder Cliff Tillotson came into the world on August 30, 2017. Gazing at the miracle of little Ryder’s birth, I begin to see how Govi’s line of life meditation called Ryder into the world…with a lot of help from his wife, Caitlin!

Govi always saw himself following in his father’s footsteps, both in his line of work and in the family. As a little tyke, he said he was going to grow up and be “an Acacia guy” – the name of Cliff’s company at the time.

Also like his dad, Govi loved little kids. I remember now how he took his little cousin Ryan under his wing when the 6 cousins would annually go to family camp. Ryan was 6 years younger than Govi and followed him everywhere. Many older cousins would have brushed the little guy off as a nuisance. 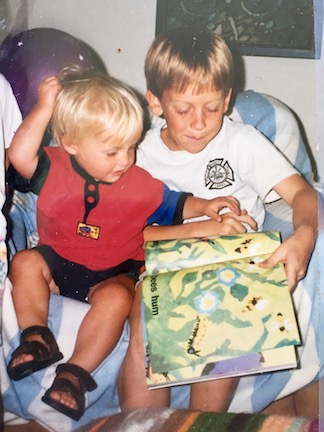 Not Govi. Ryan never spent any time in his own age group because Govi took Ryan directly under his wing and brought him along on all his own camp activities. (It’s interesting that his new son’s name is so similar to his little cousin’s.)

From a comment he made once as a teenager, I know Govi was already visualizing himself as a future family man – perhaps not even consciously until I asked him about it on his 15th birthday.

Govi’s first and only girlfriend, Caitlin, also envisioned a family of children. And before they married, they took in a troubled teenager for 3 years and in many ways parented her, even though they weren’t that much older than she was.

These I now see as earlier signals of some aspect of Govi’s line of life meditation – of course that’s really up to every human being to see for themselves, so my comments here are only my own musings.

Govi took his time in proposing to Caitlin, and then again in agreeing that they were ready to have children of their own. That, too, seems to have been part of his ideation on their being solid, reliable parents who had established their own relationship before bringing someone new into the equation. 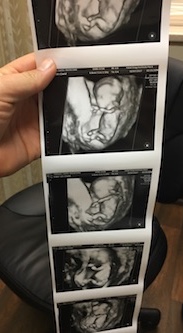 Once they knew a baby was on the way, Govi was all in as a dad. New dads, in my experience are pretty clueless, as you can confirm with Cliff. Govi was as excited in his own quiet way as any mother to be that I’ve known! He joined Caitlin for a 12 week natural childbirth course and got training to be her birth coach. He told us excitedly when the baby reached the size of a blueberry, eventually a plum, and a sweet potato!

The next thing we knew, Govi had come up with the name Ryder, and gotten a surfboard for him (the little wave-rider, I guess) months before he was born! He also helped Caitlin put together the cutest little baby room in their house.

The two of them did tons of study about birthing and babies, so they were super ready when the time came, with a complete birth plan. I’m not sure of how much of it got followed, since she ended up having a belated, rough labor. But Govi was there with her and Ryder every step of the way.

In fact, Govi coached her through every contraction and push, no matter how stormy. He supported her from behind during her back labor and helped her in and out of the hot tub. Govi even had Caitlin pull against him with all her might while she was in her pushing phase. 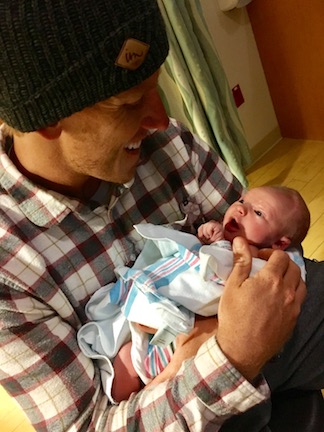 After 42 sleepless hours of labor, Caitlin managed to avoid the C-section they were preparing for Ryder and pushed the baby out on her own. Govi, who had hoped to catch the little guy as he came out, had to clear the way for the worried doctors to take over. He stood watching, in tears of worry, as they cleared the baby’s air passage and allowed him to take his first breath and cry. Govi was finally able to heave a huge sigh of relief that his new son had made it safely into the world.

While Govi was awestruck by Caitlin’s determination and fight through incredible pain, Caitlin  was amazed at how unfailingly helpful Govi was in the hospital. According to the hospital staff, most dads stay on their cell phones during their wife’s labor. But Caitlin says all the nurses kept asking about Govi, “Who IS this guy!?!” 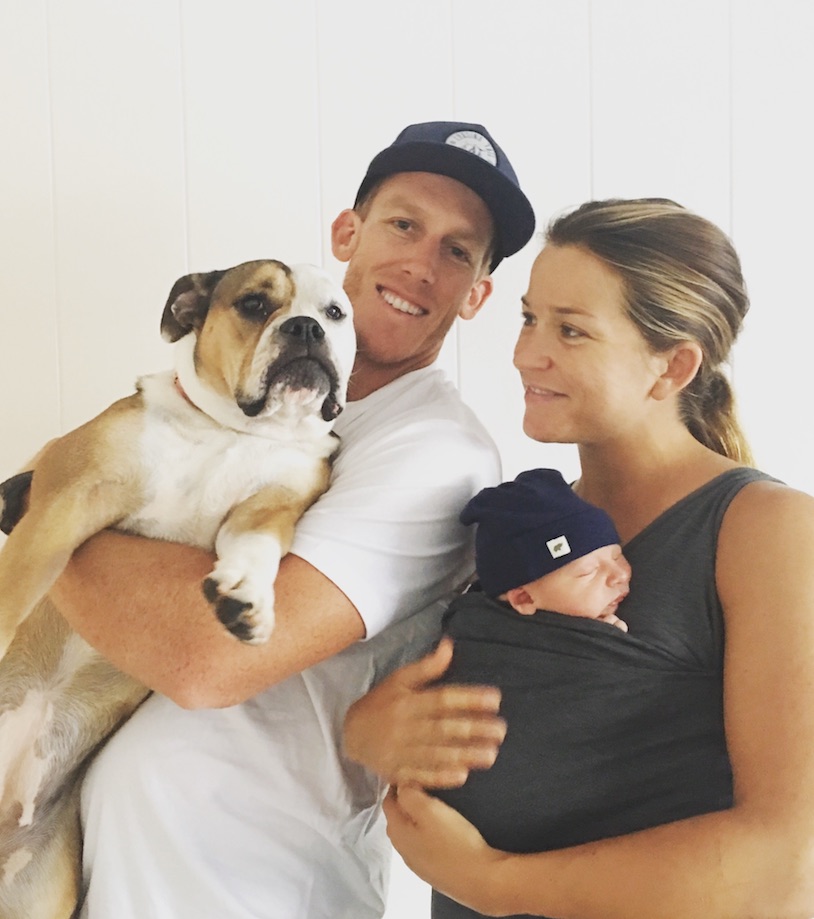 Perhaps you’ll remember me asking a similar question about Govi in a recent letter I sent you, wondering what was inside this mystery box of a son. Through this time of Ryder’s birth, I’m beginning to get a clearer picture of someone who long ago saw his future of becoming a father and brought that vision into reality.

“The future enters into us in order to transform itself in us, long before it happens.” – Rainer Maria Rilke