I want to tell you a story about going forward from almost zero.

In this week of “The Zero” in our Still & Moving Center almanac, I’m thinking of the zero as a portal of possibility. Carlos Rosas, co-founder of the Nia technique that I teach, thought of silence in this way. Whenever he listened to music he noticed every musician who played. As that musician fell silent, Carlos heard that silence and waited through the rest of the piece for that musician to join back in. That musician – with all the others who had not yet played at all – was always present for Carlos in the silence. The “zero” works the same way: something that isn’t currently in existence can still be almost present, waiting in potential to come into the world.

At about the turn of the millennium, our family hit a zero point. Comparatively speaking, with so many people in the world facing a much tougher reality than what our family went through, our story is small potatoes. We never came close to living on the street or facing starvation. Nevertheless, losing almost everything we owned, plus undergoing a crisis with our oldest child in a rocky teenage stage at the same time… felt like a big deal. 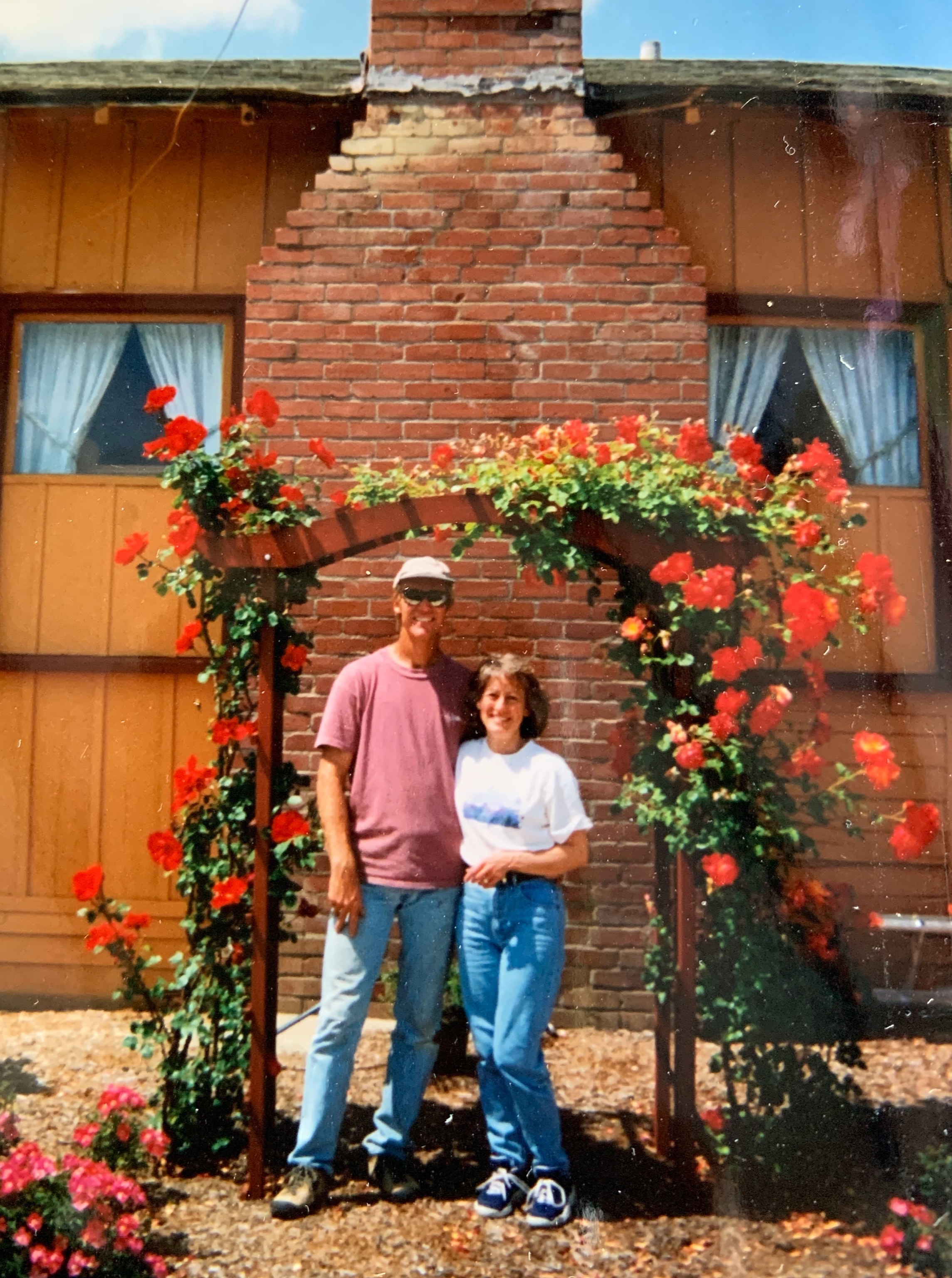 Cliff and I had wonderful, deep friendships in Santa Barbara, California, where we had met in college, married, and were raising our children. We loved our home property that we and our business 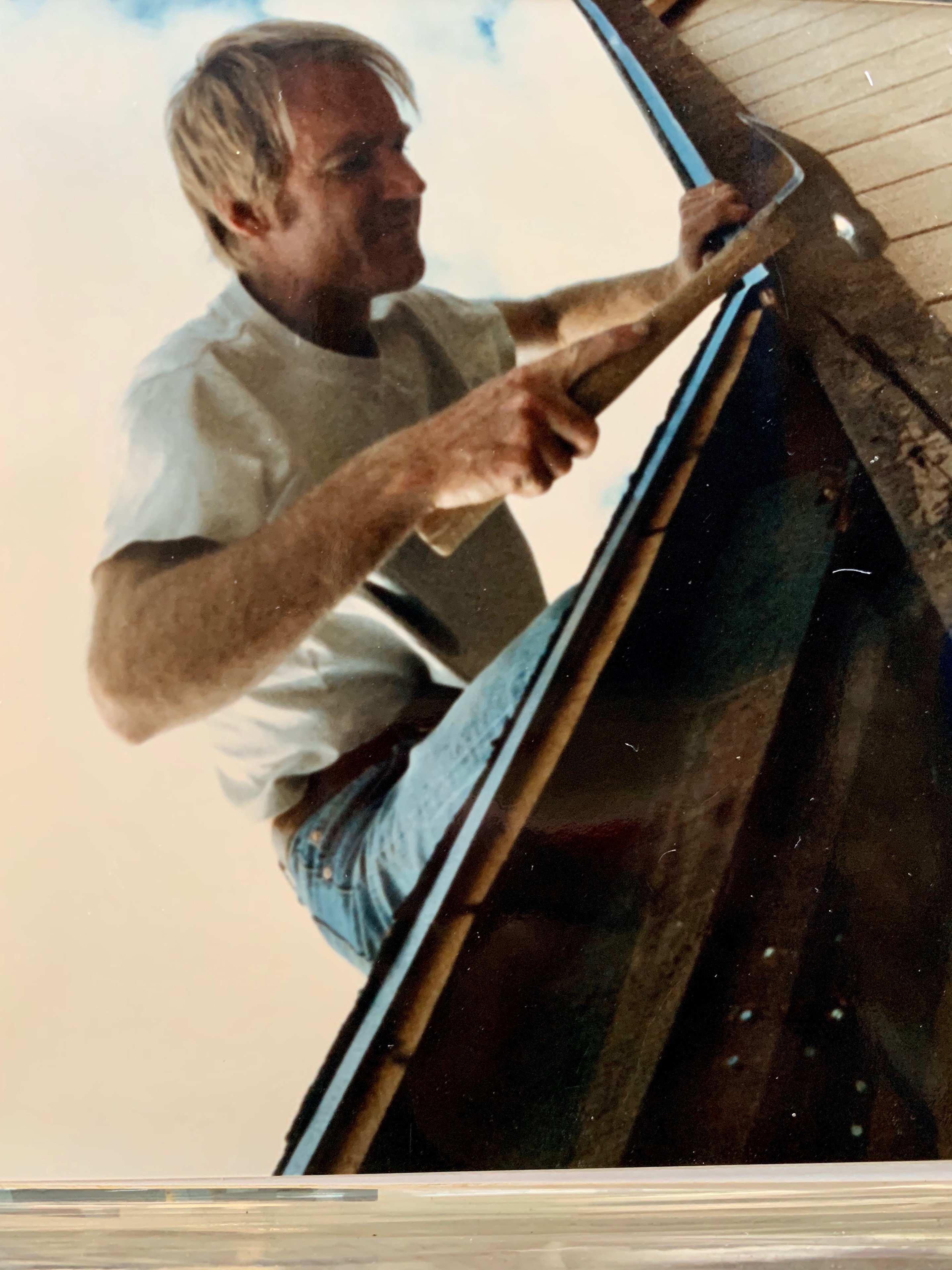 partners had built and run our companies out of. Growing our businesses from scratch, we had contributed to the community, and people counted on us. After a number of mostly good years, though, we ran into a really rough patch and made some mistakes of judgment. We spiraled into debt, leaving no way to move onward.

But it was a LOT of money. We owed many, many of our suppliers and subcontractors, plus a tremendous amount in federal payroll taxes, which are not forgivable, even in bankruptcy.

Speaking of bankruptcy – the word that terrified me – that option was not a viable way out for us. With a BK on his record as a contractor, Cliff would have become “un-bondable”, preventing him from doing what he best knows how to do for a living: government contracts securing steep slopes from landslides and rockfall events.

So we needed to extricate ourselves from this mess very strategically. Credit companies and lawyers were calling us multiple times a day.

We learned that our weakness could be our strength. Basically, we had nothing financially left to lose. Our situation was so bad, the debt collectors just couldn’t intimidate me, as long as I kept my nerve and my cool head.

We still had some money owed to us for jobs we had finished. With utmost care, we addressed our debts by doling out the remaining moneys as they trickled in. 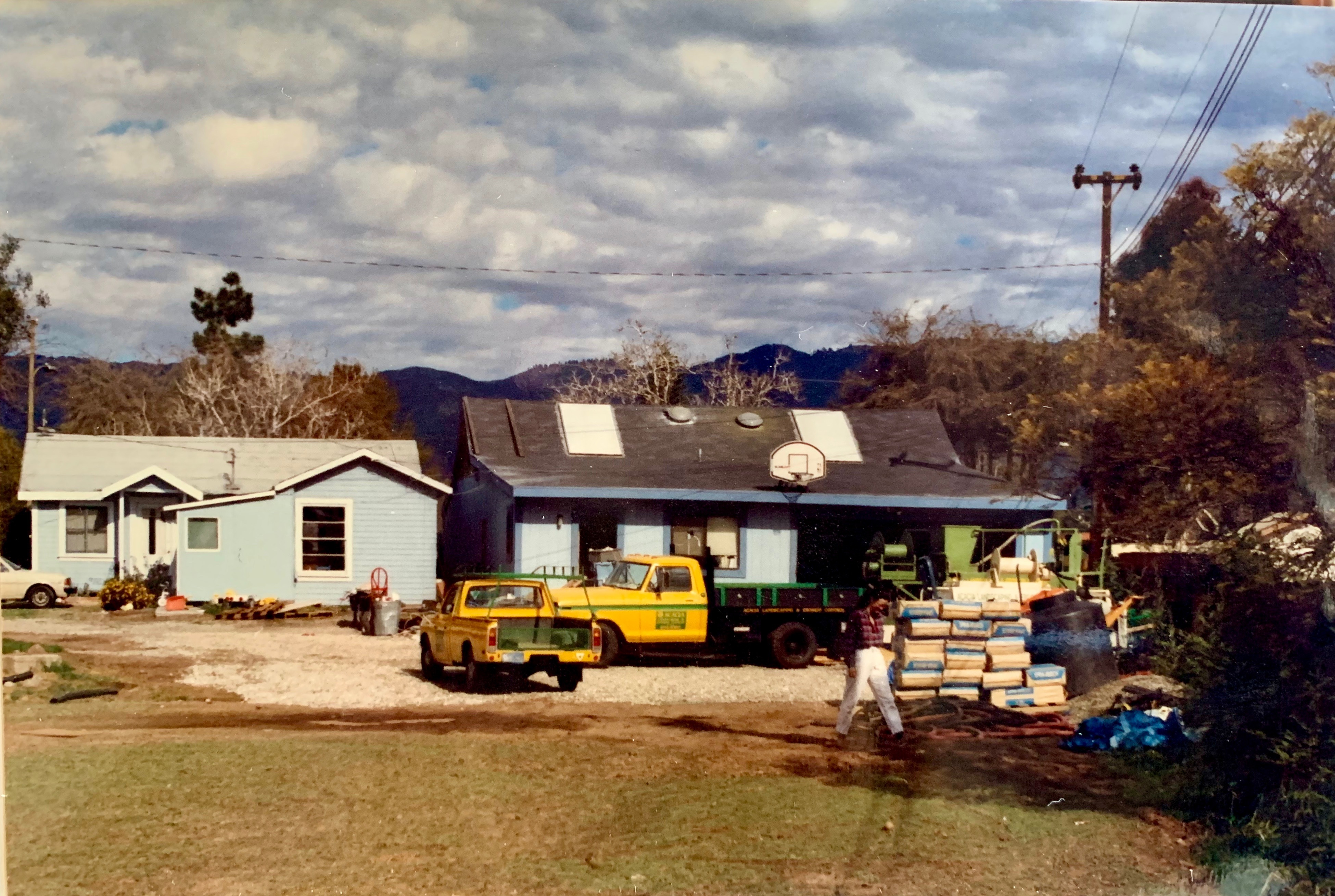 Every time a creditor threatened to take us to bankruptcy court, I would tell them, “OK, you can certainly do that. But here’s our financial statement; you can see we have nothing in the bank. We’ve sold equipment and even our cars. If you bankrupt us, you will receive pennies on the dollar, or even nothing after lawyer costs. HOWEVER, I see that I have a check for (such and such amount) coming in in three weeks. I know that it only meets 25% of what we owe you, and I’m so sorry about that. But if you will forgive our debt, I will make sure that payment goes to you.”

It felt awful not being able to pay people all that we owed them. Yet I kept every promise that I made, and we dealt with all the debt we owed to subcontractors and suppliers. And ultimately, by avoiding everyone’s legal costs in bankruptcy court, we managed to get a lot more money into our creditors’ hands than we would have otherwise.

Dealing with the IRS was huge, and we saved it for last, once we completed our last contracts and closed the companies. The IRS ultimately accepted the final thing we had to offer: our home property in Santa Barbara, plus 3 years of modest monthly payments from our future income.

After selling our home to pay the IRS, we now owned nothing but our clothes and household goods, yet we were almost free. 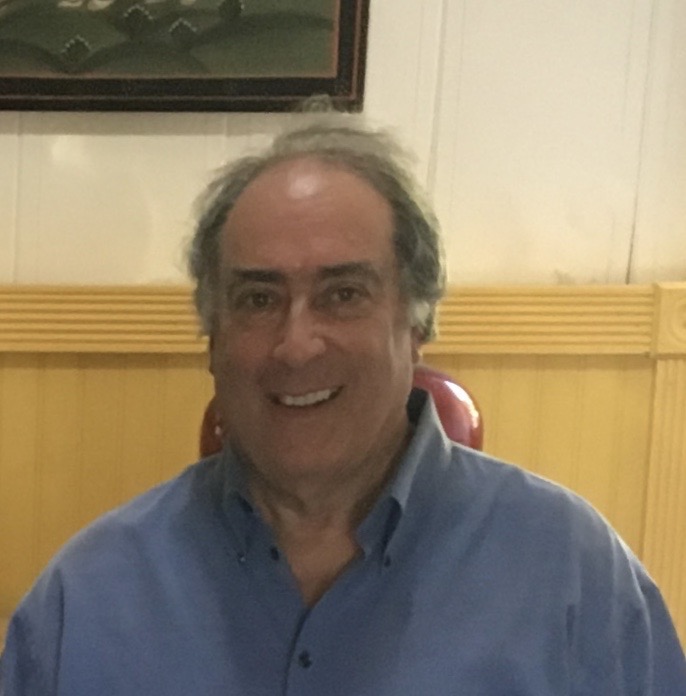 In the meantime, our incredibly generous friend Maurice put at risk everything he had to help us out. With no contracting experience whatsoever, he started a new construction company and hired Cliff and me to run it. Cliff’s mom bravely funded a line of credit at the bank. A bonding agent named Sharon listened carefully to our full story, understood how talented Cliff really is at what he does, and took the leap of faith to bond us to do government contracts. Amazing!

That’s when the nightmare started transforming into a dream, and a whole flood of newness came through our zero point. 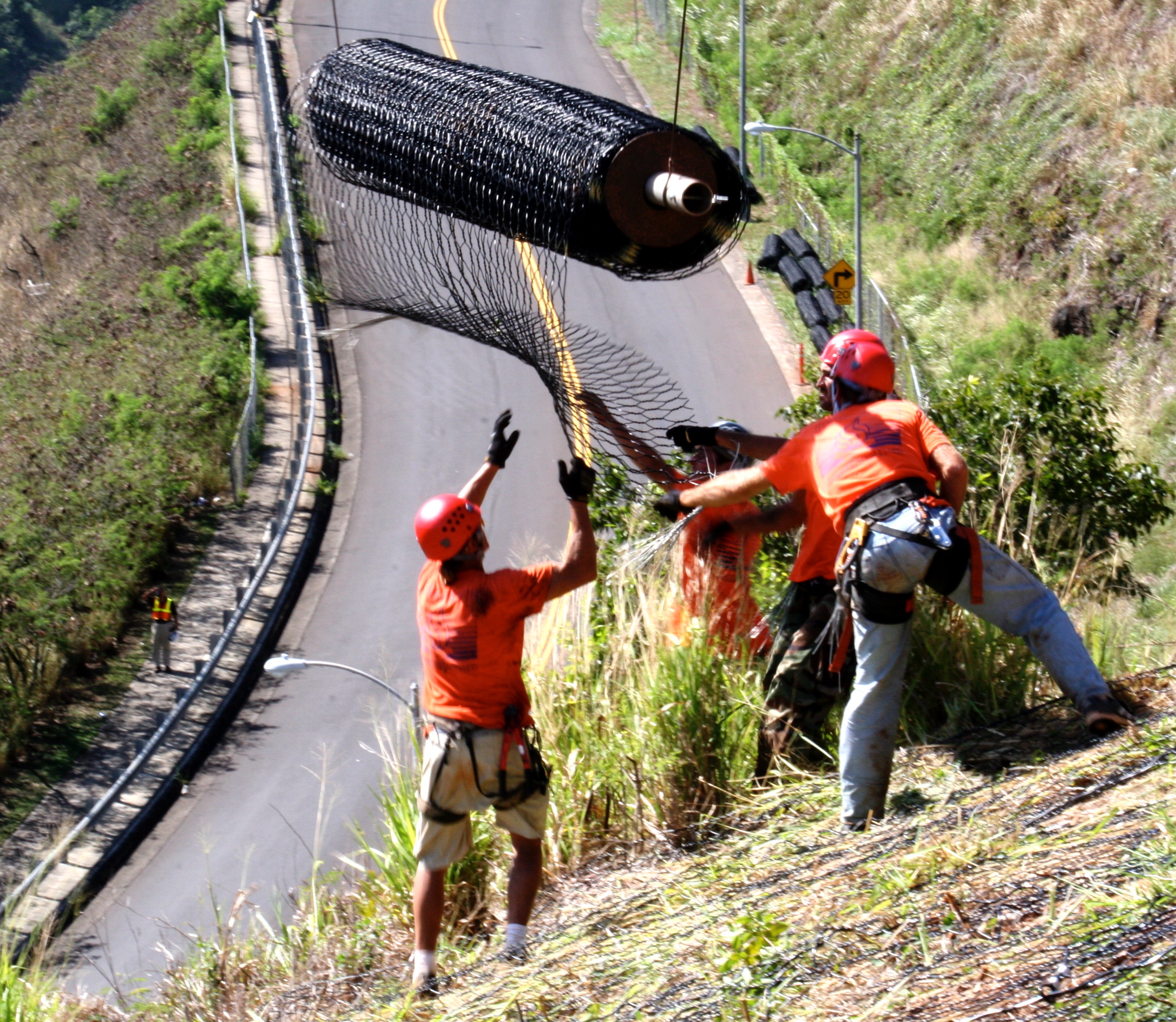 We landed our first job, not in California, but on the islands. We performed emergency rockfall work at Makapu’u Point in 2002 and came through with flying colors. One job led to the next, and the next, and pretty soon Cliff was working full time on Oahu while I got the kids through high school in Santa Barbara. With an income again, we thankfully completed our payments to the IRS.

Through Cliff’s excellent work, the new company grew a great reputation. Maurice – always generous – allowed us to buy the company from him, and we hired him to work for us! We were doing so much work on the islands, and so little work back in California, it made sense in 2005 to purchase a home in Kaneohe… a complete change of life plans, since we had always expected to spend the remainder of our years in Santa Barbara.

Working here on Oahu, we were (and are) providing livelihoods for dozens of families. Soon we were rescuing Honolulu residents’ homes from falling rocks or mudslides. Sometimes pro bono if they couldn’t

afford it and we felt called to “pay it forward” in gratitude for everyone who had helped us through tight times.. Eventually we were able to open Still & Moving Center as our gift to the community. Lately Cliff has put a lot of resources into securing housing for the island’s homeless.

Looking back, I see that getting to the zero point of owning virtually nothing, we discovered that we were rich in many other assets. We had the trust and support of friends, family and even new acquaintances. We had confidence in our own abilities, a wealth of experience to draw upon, and a thorough understanding of mistakes in the past that we knew how to avoid in the future. We had learned that we can live on just a little, and that we cherish our family, friends and community beyond any material wealth. And we found strong purposes to be in this new place, with new dear people to love and treasure.

I’ve waited a long time to publish this story. We’ve reached a milestone: Maurice started the company for us 18 years ago this week. Perhaps some will judge us for having gotten ourselves into debt to begin with. Fair enough. Nevertheless, I write for anyone who may be struggling through dark times, to say:

Take heart. Lots of possibilities lie at the zero point. Your current weakness may be your strength, and you no doubt have gifts and assets you’ve never recognized. Moreover, the loss and pain you experience now may lead you to discover remarkable pathways in life that you never expected, and – but for this seeming setback – would never have found.