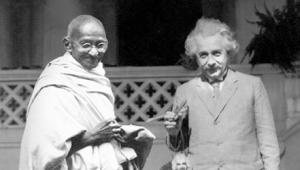 “Generations to come will scarce believe that such a one as this ever in flesh and blood walked upon this earth.” – Albert Einstein upon Mohandas K. Gandhi’s death

My first memory of Gandhi’s name was my mom saying that the only person in the world she had ever heard of who acted without selfish motives was Gandhi. The rest of us do good things because it makes us feel better about ourselves, whereas Gandhi led India to free itself of British rule with no bloodshed, at great personal risk and with no personal gain, truly for the sake of others. 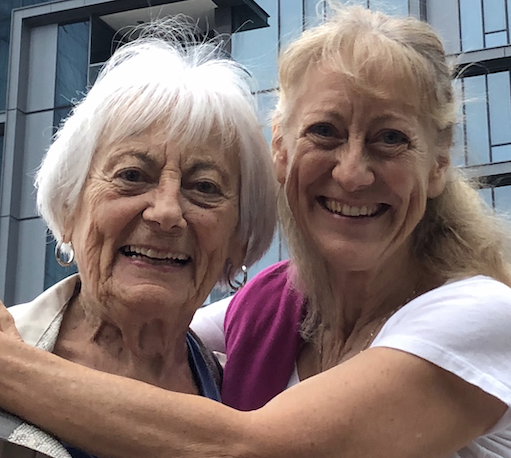 Mom went on to tell me that Gandhi’s commitment to living non-violently extended to following a strict vegetarian diet. “I’d be a vegetarian, too,” she said regretfully, “if I didn’t like meat so much” – a statement that has given me much amusement over the years when I remember it!

What did my mom see in Gandhi? A tiny little brown man committed to non-violence taking on the entire great, white British Empire to free his subjugated country: India. It was a David and Goliath story, writ large, in which David refused to even use a sling-shot in the fight. Freeing India from English rule sounded like an outlandishly impossible task. At that time so many colonies in so many time zones around the world were under Great Britains’ control, it was said that “the sun never set on the British Empire”. And India with all of its riches was considered the “Crown Jewel” of that empire. How would they ever let go of it? 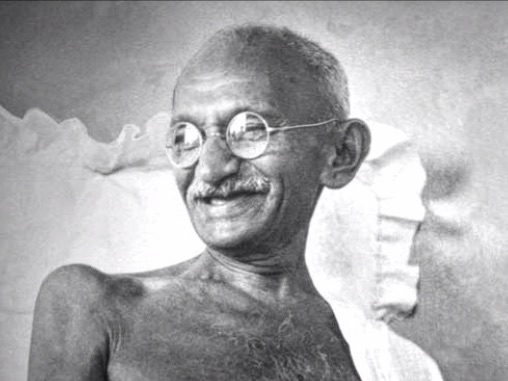 And yet, by the time I heard of Gandhi as a child, he had already led his people in a non-violent revolution against the Brits, in which he won their admiration for his and his people’s willingness to sacrifice their own lives without lifting a gun or sword against the English in order to earn the dignity of self-rule. In fact, the British eventually capitulated to Gandhi’s peace-filled demands and granted India independence. In the “fight” for self-governance, Gandhi had been jailed for years, fasted almost to death numerous times in protest of violence by either the British or his own people, had refused to accept any political title for himself or any financial benefit, and had been assassinated by a fellow Hindu for being too lenient with the Muslims. My child heart exalted to hear of this hero, Mahatma (Great Soul) Gandhi. 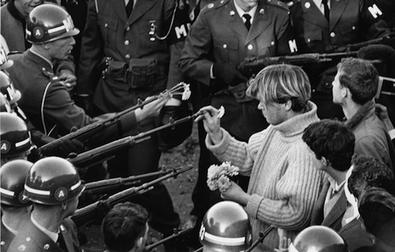 As I grew up in a godless, scientifically-oriented American household with belief in no organized religion, no personal saviors and no saints, I think our family’s commitment to social justice and a humanitarian life served as our only moral compass. How was I to conduct my life? Look to Gandhi. Gandhi’s example loomed large as a bright light on the horizon of possibilities for a meaningful, purposeful life. He selflessly worked for the poor, for the down-trodden and worked without violence, without hatred. So we marched in peace marches against the Viet Nam War, sang “Kumbaya” with Joan Baez and Pete Seager at war protest peace-ins, and sang “We Shall Overcome” in solidarity with the Civil Rights movement here in the US.

I got reintroduced to Gandhi more formally at UC Santa Barbara when I attended a course with accompanying text book called The Moral and Political Thought of Mahatma Gandhi by Professor Raghavan Iyer. Here I looked into the Gandhi’s adherence to truth and non-violence in his uncompromising approach to personal and public life. 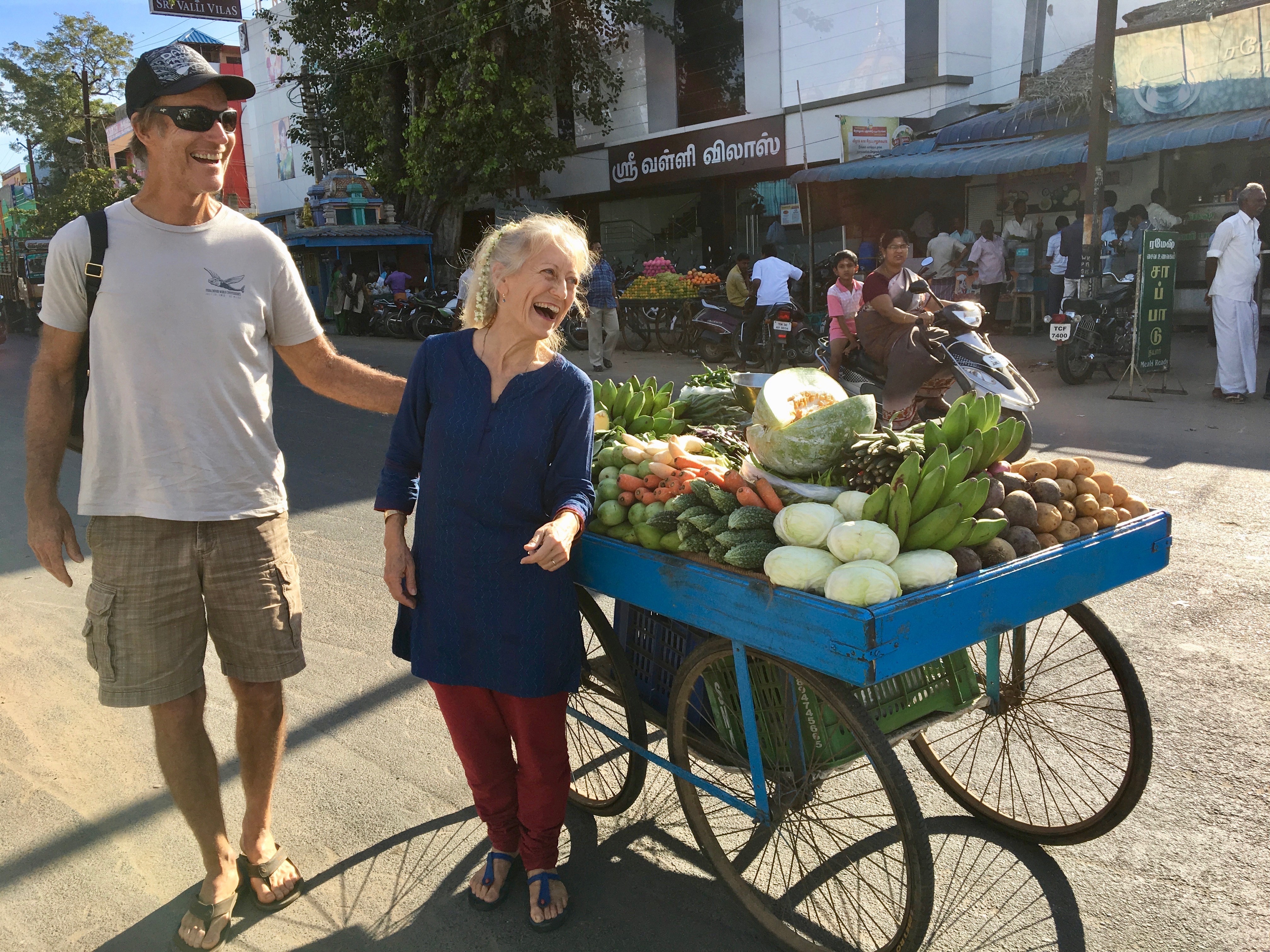 My boyfriend at the time (now husband) Cliff, and our two best friends became vegetarians after studying Gandhi’s life in that same class. Being a huge meateater (must run in the family!) I protested vehemently over the loss of our dates to the steakhouse. However, I did read Gandhi’s views on the subject, as well as others’. One morning at breakfast in the dorm commons – about 43 years ago – I looked at the piece of bacon in my hand, had the strong realization “I don’t really need this,” and put the bacon back down on my plate. That was it. I haven’t touched meat since then – thank you Gandhi, thank you Mom!

My heart was also touched by the book Gandhi the Man, by Eknath Eashwaran, who provides photographs and a simple story line of Gandhi’s transformation from a cowardly child terrified of ghosts, robbers and snakes, to a fearless world reformer. In one instance, Gandhi calms hundreds of people at an outdoor prayer meeting at his ashram when a cobra slithers out of the jungle. Gandhi silently puts up his hand to gesture the whole audience to keep still and not break into a frantic stampede, while the cobra climbs up across Gandhi’s peaceful lap, and slithers back into the jungle. Wow! What a hero! 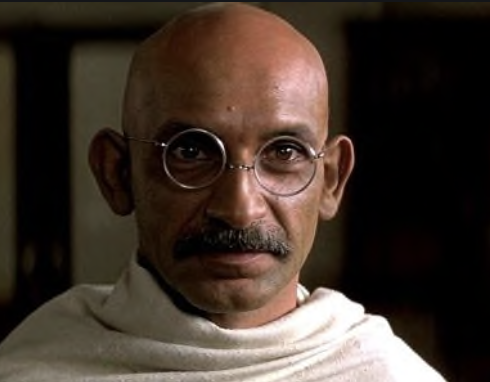 By the time I graduated from university and was teaching middle school, the superb film “Gandhi”, starring Ben Kingsley came into the theaters. I had the privilege of meeting Ben Kingsley as a guest artist in my Shakespeare classes at UCSB, and I saw  first hand how much integrity he had as an actor. Being half British and half Indian from the same area of Gujarat, India and same social caste that Gandhi came from, Kingsley was the perfect cast. The biographical film – wonderful in its own right – made an even greater impact on me, watching someone I had personally met so convincingly pour himself into the life and figure of this great man. Such a person as Gandhi can transform us. 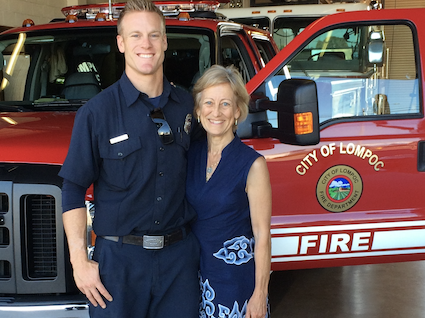 When our elder son Shankar was deliberating on entering military service, I remembered how Gandhi thought it was more important to be brave and a warrior than to be fearful and a coward. So I told Shankar that even as Gandhians, his dad and I would support him if he looked deep into his heart and found that his life purpose was to go into the military. I also told him that I really was not afraid of him dying in battle, as he would die nobly in his life’s mission, but I WAS afraid of the effect on his loving heart of him taking someone else’s life. Shankar decided to do battle with fires rather than with people, and has found his life calling as a firefighter. I think Gandhi would be most pleased. 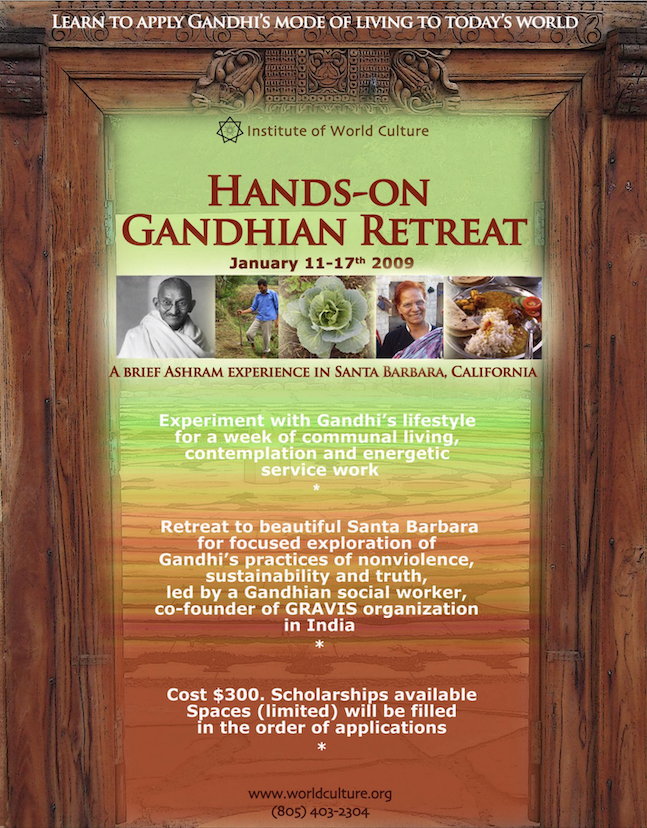 While in college, our daughter Sandhya interned at a Gandhian non-profit organization called GRAVIS in the Thar desert of Rajasthan, India. Upon her return she wanted to share the Gandhian ideas with others. She invited Shashiji Tiagi to come to Santa Barbara, where the Institute of World Culture helped us sponsor a week long retreat on Gandhi & Sustainability for students, elders and adults in between.

We delved deep into Gandhi’s core concepts of Satyagraha (holding to Truth), Ahimsa (non-violence), Swaraj (self-rule), Swadeshi (community service) and aparigraha (non-possession). And we explored how we could live more lightly on this Earth using Gandhi’s principles for living. 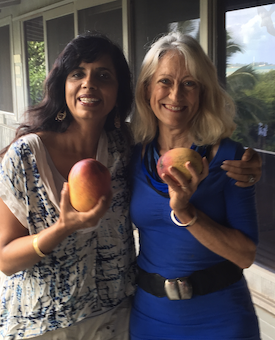 Since that time, I’ve made close friends with Gandhian scholar Veena Howard, who has spoken at Still & Moving Center about how Gandhi’s austere code of living is relevant in our daily lives today. She’s putting on a big Gandhi celebration at Fresno State University this weekend – which I am only not attending so that I can attend our local Gandhi celebration this Saturday at the Waikiki Shell. I am so glad to have met Raj Kumar here in Honolulu, who continues to honor Gandhi’s legacy as a person of peace.

I can’t quite imagine the direction of my life without Gandhi’s influence. His shining example is a huge star in my guiding constellation of heroes and heroines.