Anybody suffer from an Atlas complex…Or do I suffer alone? Atlas, you might recall, was a mighty Greek immortal who had to hold up all of the heavens – kind of a big job. 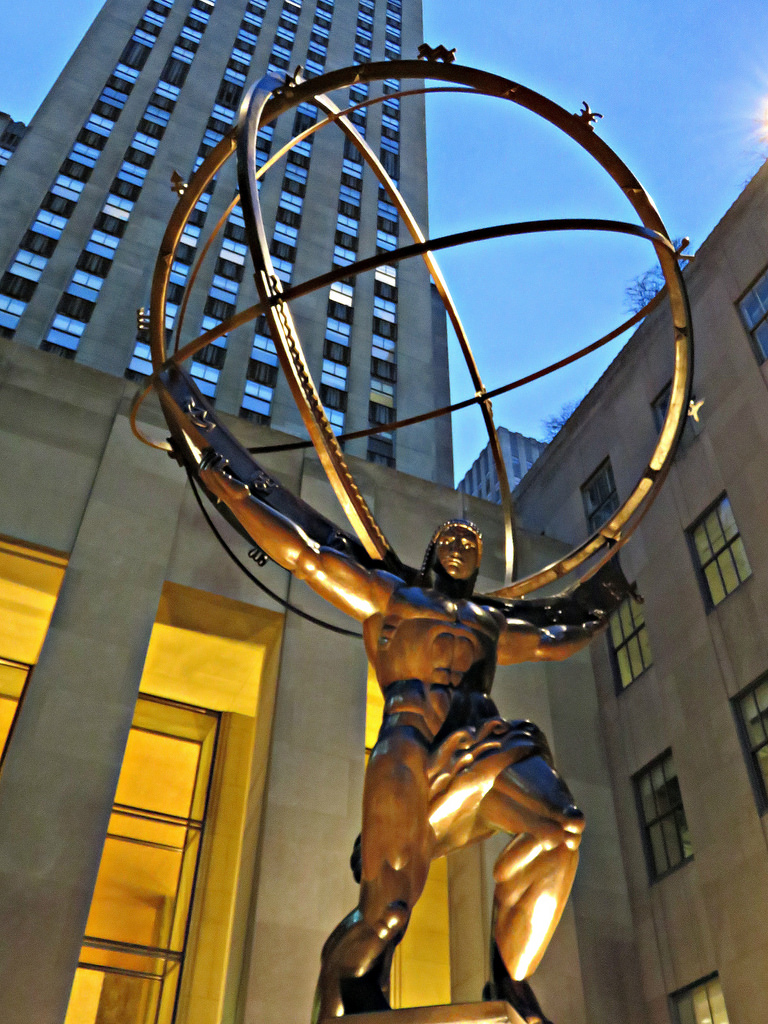 I have no idea how Atlas felt about his task – he was a Titan after all, so maybe he could handle it! When WE perpetually feel as if we have taken on more responsibility than we can possibly support, that’s called an Atlas complex. It comes with the feeling that other people are absolutely dependent upon us to uphold whatever it is that we are supporting, and that if we stop doing so, others will be drastically affected, even damaged – like the world or the heavens falling down.

Kind of gives us a clear picture of how egocentric we are when we feel that we’re holding so much influence. In point of fact, there are world leaders who are in a position of enormous influence over the lives of millions, even billions of people. So maybe they deserve their feelings of Atlas-like responsibility! Maybe they are the founding members of Heavy Lifters Anonymous! Ha! 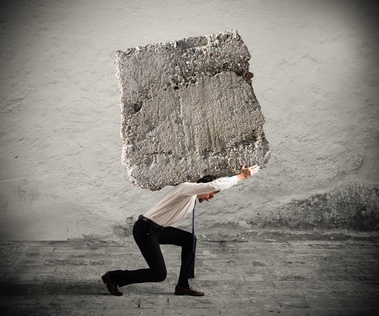 In any case, the real question is: How do we properly shoulder our responsibilities without being bowed down by their weight?

There was a time when I let my feeling of responsibility crush me. It was a little over 22 years ago. Our kids were young; we owned a landscaping company and a piece of property with another couple. Few other friends of ours rented housing from us on the property. It was the income our company generated that primarily paid the mortgage on the property. We were the financial engine.

Times got rough financially – not nearly as bad as they got later, which is a story for another time. As we were pondering our little company’s situation at that juncture 22+ years ago, Cliff used the “B” word. “I’m not sure whether we’re going to be able to avoid bankruptcy,” he told me. Somehow I let that word, and Cliff’s phase of doubt, strike terror into me.

During the daytime, I worked as hard as I could to help the company, take care of the kids and do all my community duties to which I was committed. The nights were killer. I’d lie there wondering what on earth we were going to do if we lost the company, then lost the property, and then where all of us would live and what would we do for a living. A lot of worst case scenarios. I tossed and turned, working myself into a frazzle. It didn’t help, as became obvious.

In the middle of one night I woke up on the floor of our room with Cliff and the kids all gathered around me, visibly shaken. I didn’t feel right. My head hurt and I was dizzy. Cliff let me know I had had some kind of fit and had been unconscious, and now he was taking me straight to the emergency room.

The doctors diagnosed me as having had a grand mal epileptic seizure, with no seeming cause except for stress and sleep deprivation. I was given medication to prevent it from happening again and went on with life, surprising my neurologist by getting off the medication much sooner than I was supposed to have, and made a full recovery.

Looking back, I think of much more serious situations that our family later went through than those passing financial difficulties that I let temporarily ruin my health, and I see how I never again got myself so overwrought. Perhaps that whole episode in my life helped me learn not to exaggerate the importance of my responsibility. You know what? Even if I had died from that seizure, the world would have gone on turning without me. Amazing, isn’t it?!?

In some ways, I hold more responsibility than I ever have before, yet maybe without feeling quite as burdened as when I was younger. As the owner of Still & Moving Center, I still feel the weight of every decision I make to hire or let go of someone who works for me. I’m aware that I’m in the position to impact a number of people’s lives – both workers and students – and that of their families. I know that I’m responsible for my words, which can either encourage or teach or distress someone in my sphere of influence. That weighs on me, and I do my very best – in an ever-failing, always striving way – to be a positive force in people’s lives and to pick myself up, apologize and learn from my many mistakes.

Maybe I’m learning that each of us has our own kuleana, our own responsibility to direct our lives, and I need to respect that. In one of the books of wisdom I love, called the Bhagavad Gita, we’re told that the duty of another is full of danger – for both of us. Sometimes that’s known as enabling. By psychologically taking on the weight of other people’s lives, I could be crippling them while over-burdening myself. While acknowledging our very real interconnectedness, I remind myself that their worlds will continue to spin, with or without me. In fact, they might be able to do much better at self-directing without my “help”.

Those are some of the ways I’ve lightened my load while taking on more responsibility. Rabindranath Tagore made the point that if we weigh a pitcher full of water, we feel its full weight. However, if we balance that pitcher in the water of a river, we scarcely feel its weight at all. Why carry a pitcher around if I can just let it float on the waters of life?

How do you lighten your load? I’d love to hear about them. Simply hit REPLY! I always answer back.