He’s always been a mystery box for me…I’ve never known exactly what’s going on inside our younger son’s head. Unlike his everything-is-all-over-my-face-and-out-of my-mouth mom, the inscrutable Govi is a man of few words. He keeps an affable, pleasant countenance under most circumstances. What’s really going on in there? 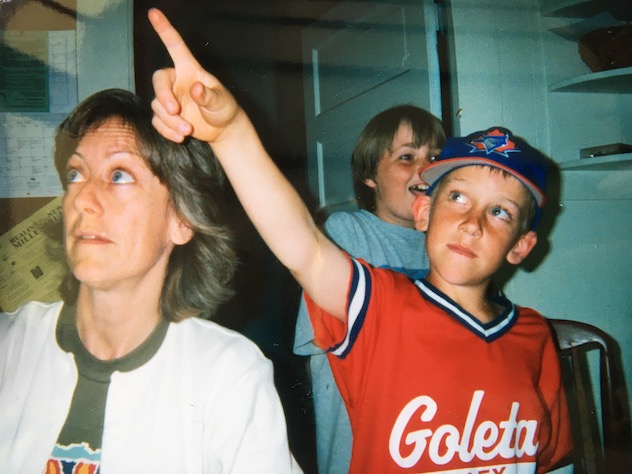 As a little kid, he didn’t tell us much, but he always asked a bunch of questions, not waiting long enough to let us answer one before interrupting with another. We used to affectionately call those “Govi Questions”. That tendency seemed to end when he asked one too many questions of an elderly docent on a school field trip. The flustered old man shot back, “Shut up, you little smart ass!” shocking other parents in attendance, while amusing me. After that incident, however, we no longer heard many Govi Questions 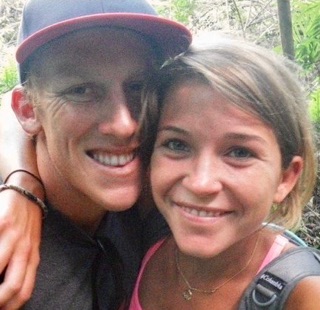 We finally got a better interior picture once Govi met his life love, Caitlin, in his sophomore year of college. If he was a bit ‘veracity-challenged’ as a teenager, that changed once he met this beautiful, clear-eyed, feisty straight-shooter. She’d chase him down on any verbal attempt at evasion, calling him on his stuff. And I believe he keeps her on the level, too. The bond they have forged for good is built on a foundation of truth-telling. We still don’t get a lot of words out of him, but what we do get is the real thing. 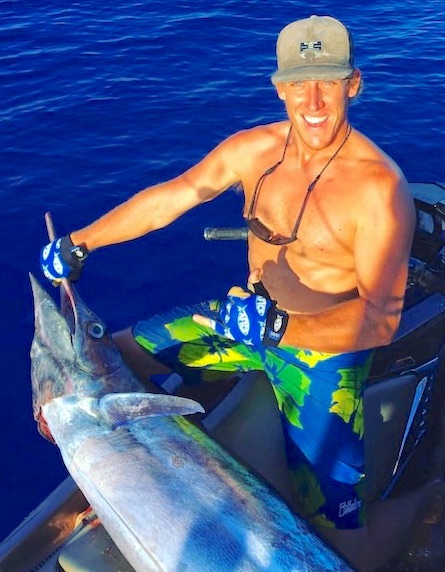 Govi’s actions speak for themselves. At work, running field operations for our construction company, he leads by example, carrying more heavy bags of concrete up the hill than anyone he’s supervising. He doesn’t hesitate to call his men out when they slack on the job, yet he lets the guys know when the job is well done. He’s an exemplary leader. And he never goes fishing without giving away most of his catch to his workers as well as his friends.

When one of our close family members was going through a difficult teenage time, those of us in the older generation were striking out with her. Neither her father, nor her mother, nor Cliff and I were having any luck keeping the kid at home and out of grave trouble. There were times when we seriously wondered whether she would survive her teen years. After four high schools and three reform programs, we had run out of options. 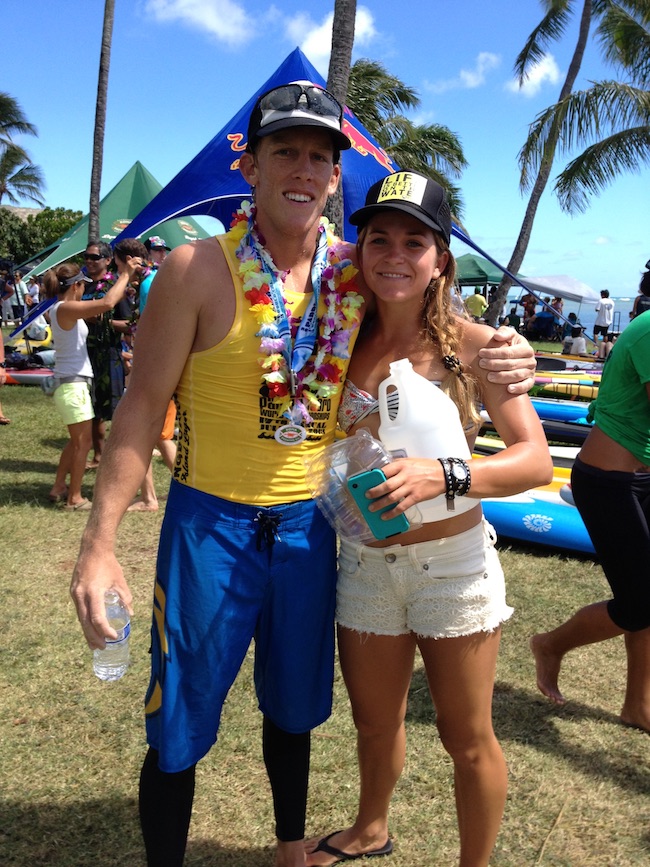 Enter Govi and Caitlin to the rescue. They weren’t even married yet and were only 6 or 7 years older than the girl was. Over our great objections, they insisted that they would love to take this wayward one into their home. And they did…for the next three and a half years. To all of our grateful amazement, they somehow provided the stable, loving environment she needed – even when she got into shenanigans. It was remarkable. They were both loving and strict, a force to be reckoned with. And now our young lady is a fairly happy, stable 21-year-old living on her own, big thanks to this couple.

Another example of the stuff these two are made of happened at the time of their wedding. They did their best to include Govi’s sweet grandmother SuSu in the wedding planning. Even as she was diagnosed with bone cancer, SuSu kept contacting cake companies and ordering custom napkins for the couple. Just days before the wedding, SuSu suffered a bone break so severe she was hospitalized, much to all of our dismay. She had been SO looking forward to seeing her dear Govi and Caitlin get married. 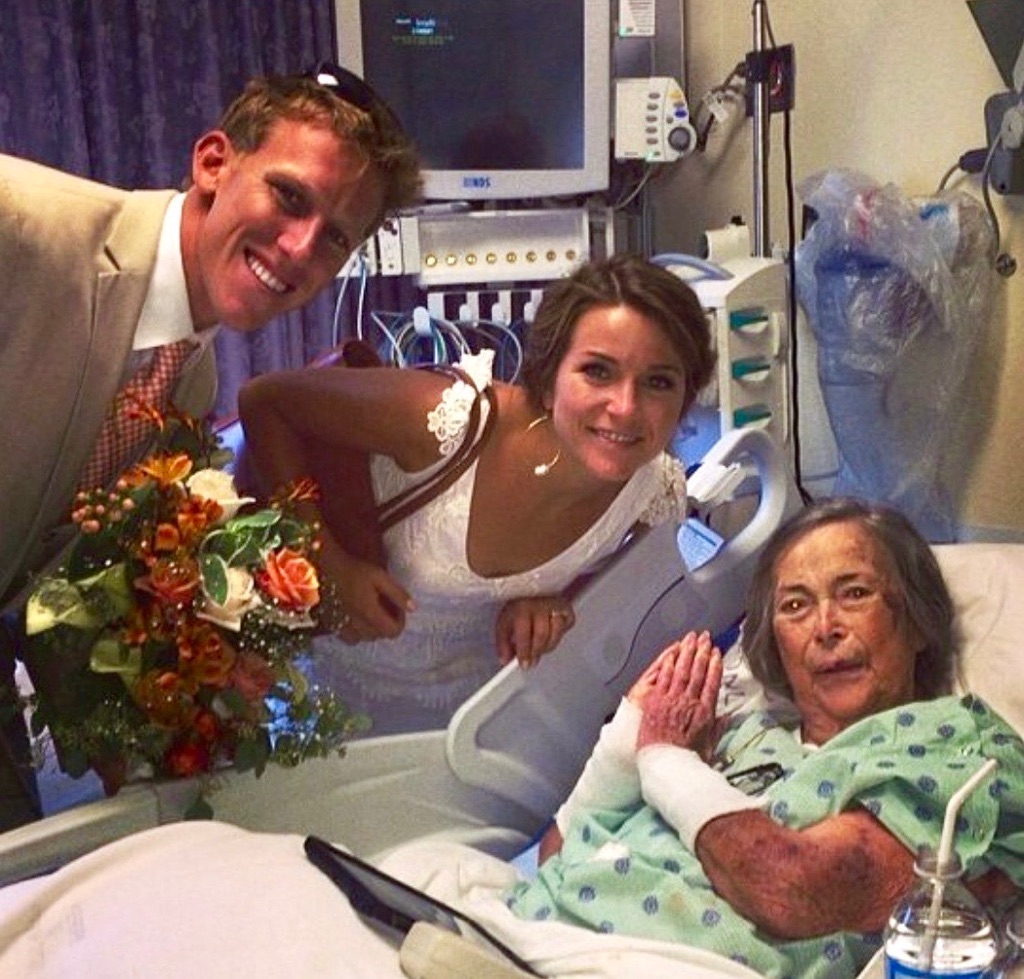 The otherwise-happy day arrived, and Cliff kept his mom, SuSu, in the loop of the wedding proceedings via Facetime. It wasn’t the same as being there, of course. As soon as the ceremony was over, Caitlin and Govi disappeared. They showed up at SuSu’s hospital room, and do you know what they did? They recited their marriage vows all over again in front of SuSu. It chokes me up just remembering it. Caitlin gave her bouquet to SuSu instead of tossing it at the reception. SuSu was deeply gratified by their thoughtful sharing of a sacred moment.

Now these two formidable kids of ours are on the verge of having a little one of their own! Caitlin’s belly is swelling and so is their excitement. At their birthing class for couples they developed a birthing plan meant to cover most contingencies. Govi’s 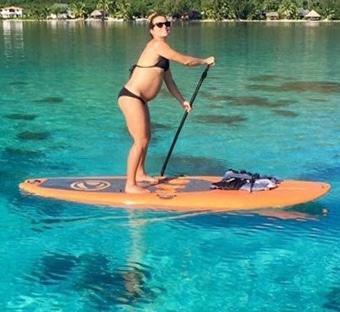 the coach and Caitlin is the ‘marathon runner’ of the fast-approaching ordeal. And maybe it will be that easy for this daunting duet.

Last time they came over for dinner, I got an inner glimpse of Govi naively picturing their upcoming event like a successful football game. Govi broke his usual reserve to confide in us: “I’m hoping to catch the kid!”.

I’m never sure what might come out of the enigmatic Govi…It’s always worth waiting for!

Do you have any mystery people in your life? Someone who surprises you? I’d love to hear about them. Simply hit REPLY! I always answer back.