There’s a magical reservoir that holds all that we need at any moment. Hidden in darkness, in the stillness it quietly waits there for us. With trust, with patience, with a brief pause to take deep breath, we will find exactly what we need.
Cliff and I used to take a group of kids called Pathfinders on backpacking trips in the Sierra mountains.  One morning I woke at dawn and took myself on a little adventure before everyone else woke up. I came upon rock face that I decided to scramble up. Before I knew it, I was climbing something much more difficult than I had ever done before without a rope. There was no one within shouting distance and I was much higher up than I could safely jump down. I couldn’t see my way up or down. Panic was just on the verge of welling up and swallowing me, when a little mantra came and took me by the hand. It said, “Trust the rock.” Just that. “Trust the rock.” I looked and reached up… and sure enough, there was a handhold I could pull myself up with. Then my feet found tiny resting points as well.

Now from my new vantage point, and with “trust the rock” vibing through my awareness, I managed to find a new set of handholds that I previously couldn’t see, and then another and another. When I might have plummeted to a calamitous fall, my presence of mind -preserved by the gift of that little mantra – carried me to the top of the rock face.
Years later, when I was laboring with each of our three children in natural childbirth, a different image came to carry me through the excruciating pain of the labor. As the firstborn, Shankar’s labor was by far at the craziest pain level. While I was facing 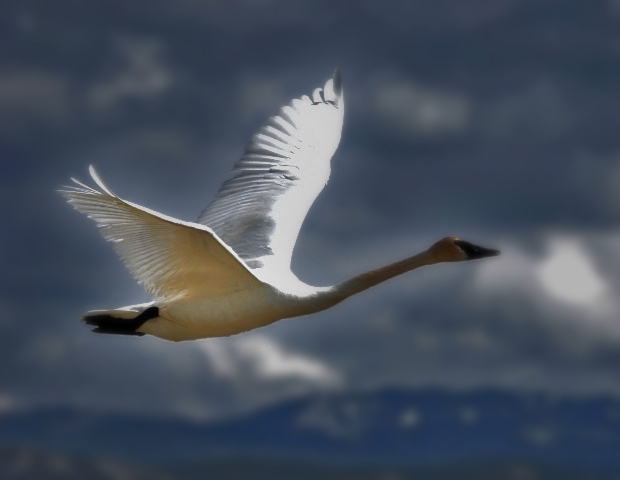 increasingly longer, vice-grip contractions, the image of a large, serene white bird came to me. My body and my body consciousness never stopped sensing the grinding torque of labor,  then the explosive pain at the end when it took forceps and the doctor’s hand to pull the baby out safely. All the while though, my higher consciousness floated above on the wings of that white bird gliding smoothly through the heavens, with the sea of pain crashing far below.

One way I find that magical reservoir of possibility in Nia with to play with ‘the pause’. We’ve heard of a “pregnant pause” – a moment in someone’s speech that puts us on the edge of our seat waiting to hear what’s about to tumble out next. An article called “In Praise of the Humble Comma” by Pico Iyer contrasts the comma to the period, the “full stop”. It’s the humble comma, the brief pause in the sentence, that holds the mystery.
The pause is something we can easily find in any movement transition. For example, when I swing my body upwards, there’s a fleeting moment’s pause before the body begins coming back down again. That tiny micro pause is a moment of stillness, just as a blink of our eyes, is a tiny moment of darkness in the midst of our lighted vision. 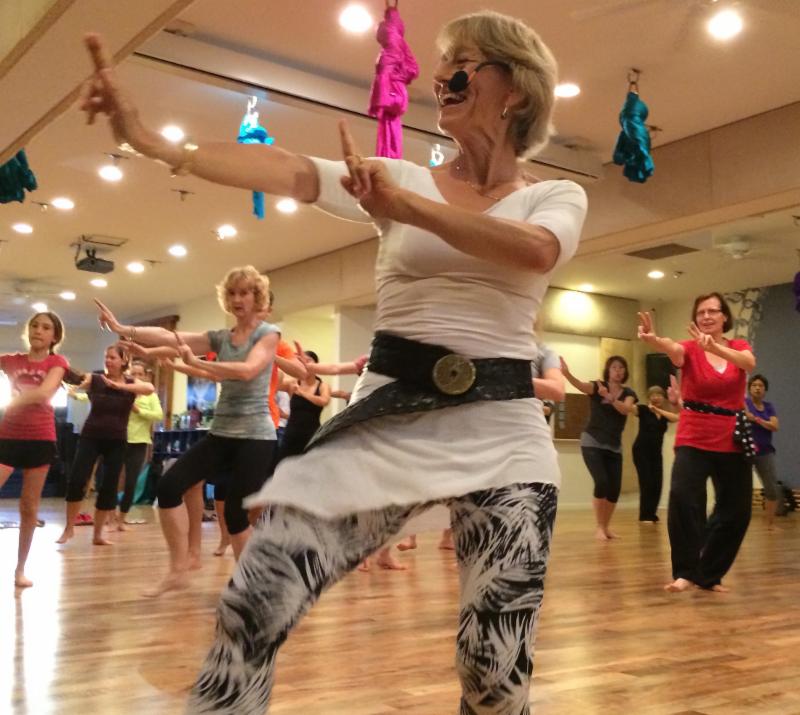 Last week in my Nia classes we played with pause, we stretched the pause, and we noticed how much movement can find in one tiny pause. It was if each segment of music was filled with an infinity of tiny silences between beats, and each of our movement sequences was punctuated with infinitesimal still points. When we came to musical pause, I would sometimes invite the students to give a hand slap. The next time we came to that pause, I asked them to give two slaps, and then 3, 4 and even 5 such punctuations at increasingly fast speeds. All of a sudden, that tiny transition moment seemed to stretch longer and longer – like time seeming to go slow speed during a car accident – only this was a GOOD slo-mo! We were finding the infinity of motion within the millisecond of pause.
Nia teachers generally lead complex, choreographed routines that take me months to memorize. Last week, I pulled out an old set of songs, including a tune that I hadn’t danced in years. As the song started to play, my mind groped for clues to the choreography.  There I was with all my students waiting, in a stretching, yawning pause, waiting intently for my memorized movement to come back to me.  None of the choreography came back to my memory. Nada!
I could have frozen up. Instead, I stayed RAW – Relaxed, Alert and Waiting: the body still, the emotions at peace, the mind at rest, and the Spirit open. In the pause of blanking out on the choreography, I let myself ease into the darkness of the unknown. Sure enough, my feet began following the song’s rhythmic pattern in a way they hadn’t done before, and my hands found new ways of moving to the melody. The music changed, and another dance pattern emerged. There in the pregnant pause, a whole dance – never done before – was waiting for me to let it out into the light…just as my babies had emerged from the darkness of the womb.
The infinite pool of creative potential is always there waiting for us, deep within. That’s the place I go to when I don’t have a clue how to get through what’s next in life. In fact, it was by going there that I just wrote this letter to you!